The site-wide remedy (designated by the U.S. Environmental Protection Agency as OU4) addresses impacted soils, groundwater, and impoundments that have not been previously addressed, with the exception of Impoundments 1 and 2 (OU8).

On December 8, 2015, a formal agreement (i.e. Consent Decree) between the United States, on behalf of the U.S. Environmental Protection Agency (USEPA), and Wyeth Holdings LLC (WH) was signed authorizing WH to move forward with implementation of the site-wide remedy as described in the Record of Decision issued by USEPA on September 27, 2012.

Construction of the bedrock and overburden groundwater containment, extraction, treatment, and reinjection system, a major component of the site-wide remedy, is complete and the system is fully operational.

Pre-design and design activities related to the site-wide soils remedy, including design of the stabilization/solidification treatment process for waste materials located in Impoundments 3, 4 and 5, will occur in 2023.

The site-wide remedy, as described in USEPA’s Record of Decision, will provide long-term protection to human health and the environment and will return the property to beneficial use. The major components of the remedy are listed below: 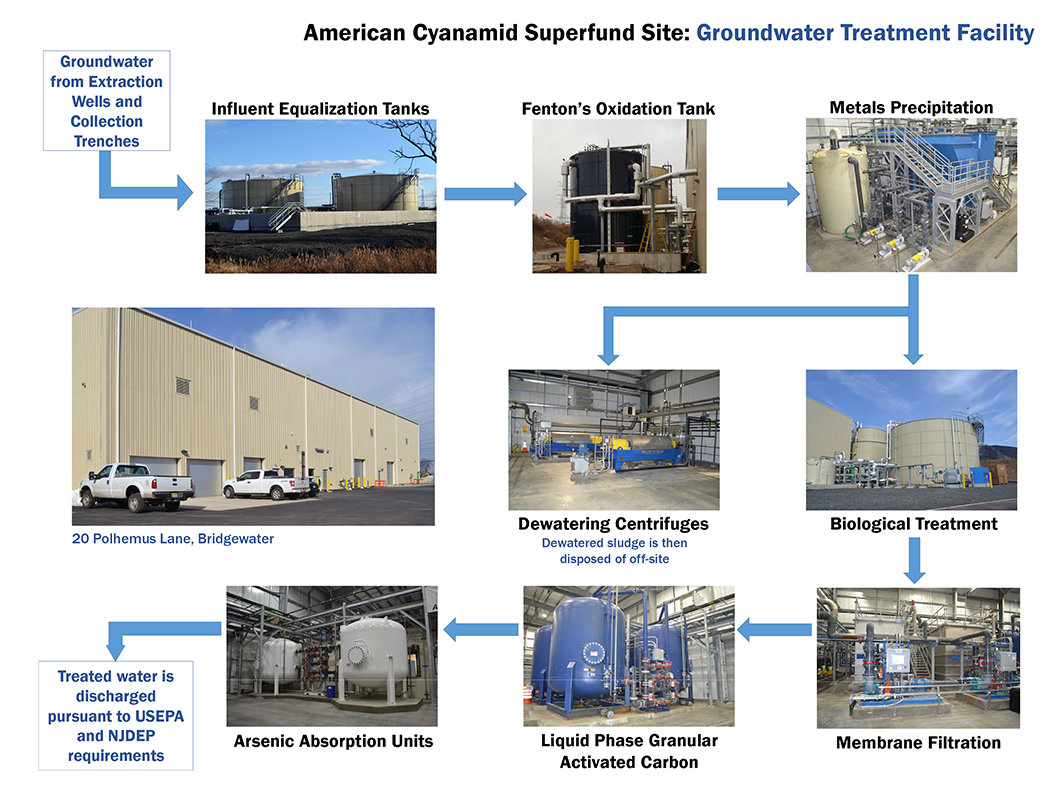 The groundwater treatment system was commissioned in 2019.

The groundwater treatment system was commissioned in 2019.